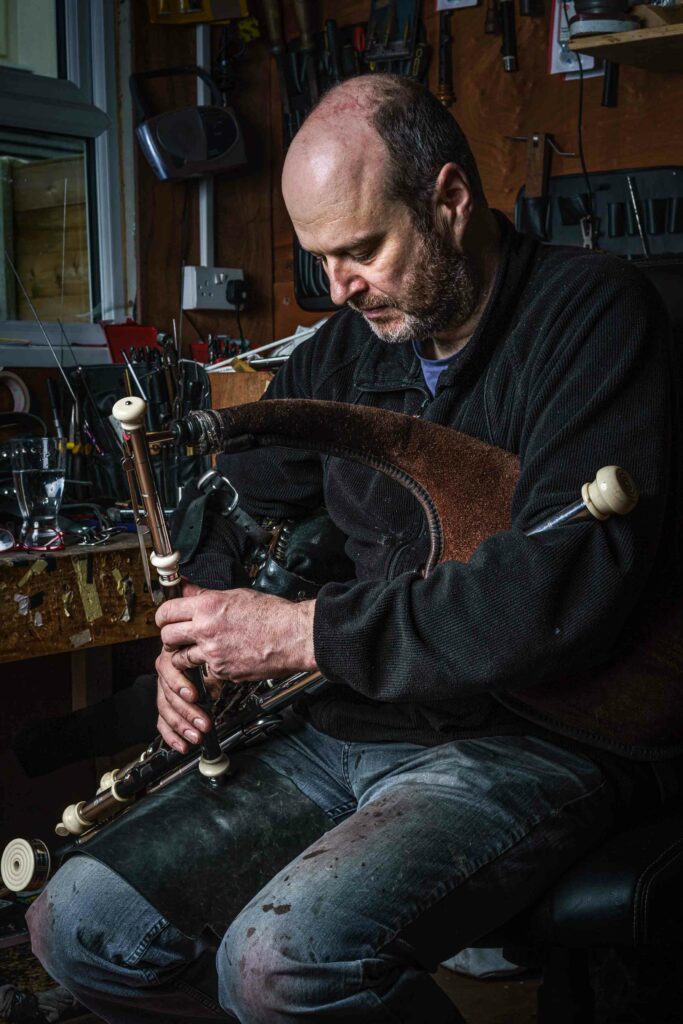 Donnacha’s been playing the Uilleann Pipes since 1988 when he began lessons in Na Piobairi Uilleann. He got his first half set 1990. The chanter had intonation issues and through pure frustration he took lessons in reed making. From there he became more and more interested in how the instrument worked.

In the mid 90’s Donnacha became friendly with Uilleann Pipes and Flute maker Des Seery and after several months of pleading he eventually agreed to teach him. Des taught him how to use the various machinery involved in Uilleann Pipe Making and how to turn and put together a set. In the early 2000’s Donnacha attended a measuring course held in Miltown Malbay by Na Piobairi Uilleann taught by Geoff Woofe and Killian O’Brian. This was a turning point in his understanding of  how to accurately measure old sets both internally and externally.

Donnacha has established an approach to instrument construction that gives his pipes marvelous depth, complexity of tone and character.